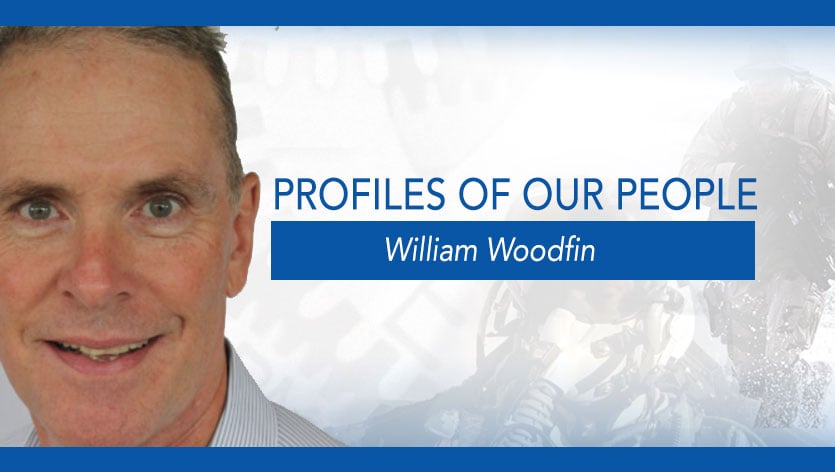 Check-6
No Comments
By Check-6
William “Woody” Woodfin
Project Manager
With over thirty years of continuous active service in the US Navy, Woody bore witness to many significant military-related events, from combat support operations in the Persian Gulf Region to humanitarian aid efforts both abroad and in the US.  When asked which experience was the most notable, all the stories that came to mind revolved around taking care of his people and observing the exceptional professional growth and success of his subordinates. Those things were directly impacted by his mentorship, coaching, and firm but fair leadership. While assigned to the USS John F. Kennedy CV-67 from 2002 to 2005, Woody was responsible for the leadership and professional progress of more than 100 weapons technicians who were responsible for maintaining the ship’s immense weapons storage areas or magazines.  Over the course of his tour, the crew executed hundreds of high-risk evolutions, garnering respect and admiration from subordinates and seniors alike.  In early 2005, USS John F. Kennedy was chosen to participate in the annual New York City Fleet Week over the Memorial Day weekend.  Numerous civic activities were scheduled: parades, golf tournaments, official dinners and media events.  One very special opportunity arose in which crew members who were eligible for reenlistment were able to hold their reenlistment ceremonies at Ground Zero at the World Trade Center site.  Eleven Sailors assigned to Woody’s division accepted the offer and opted for a mass ceremony at Ground Zero, specifically requesting that Woody preside over the ceremony as the Enlisting Officer.

To date, that honor stands in Woody’s memories above the many personal and professional achievements he experienced in the Navy, and it reflects his humble “take care of your people” approach to leadership. It is an approach he uses in his position at Check-6, to build leaders and instill a culture of excellence. Woody loves spending time fishing and hunting, and time with his family. Thank you for your service, Woody, and thank you for continuing to pay forward your knowledge and excellence to others!